This is not just the first game line to publish my work, it was also the game that lured me back into playing.

Back in college… wow, what year would this be? 1990? 1991? Anyhow, I was a fresh-faced, nerdly young English major with some buddies in the theater program. One day, one of them (her name was Mary Oettinger) asked if I was doing anything Saturday afternoon, because this friend of hers was playing this game thingie and she thought I might enjoy it.
The game thingie was called “Al Amarja” and the friend was an insurance salesman named Jonathan Tweet.

Previous to that, my hobby gaming experience was D&D from maybe fifth (fourth?) grade until junior high, followed by Car Wars and Star Fleet Battles in high school. Coming to college, I briefly flirted with mainstream, non-geeky entertainments like drinking and losing my virginity, but Tweet got me hooked right back in.

In fact, I’m mentioned in Over the Edge, though not by name. On page 199 of the second edition, Jonathan refers to a player “who feels it’s his duty to create the most powerful character he can get away with.” That’s me or, in any event, was me over a decade ago.
(If you don’t know who your group’s resident powergamer is, it may be you.)

My name is Greg Stolze and I’m a recovering game munchkin. I’ll say this though: I honestly did not know there was any other way to be. This is why I don’t dismiss twinky players today: They may be annoying, but at least they’re enthusiastic. At least they care enough to study the rules and invest some energy in playing. In some cases — mine, I hope — the annoying aspects of the syndrome can be cured.

Tweet cured them by (1) making it understood that no matter how I bent, torqued and perverted the letter of the rules, I was not going to get the better of the GM and (2) by demonstrating that there was a different level of play — the dramatic, separate and dissociated from the tactical. I was an English major, so I got it, though it probably took longer than it should.

Once I had my breakthrough, I started fiddling compulsively with game mechanics, settings, ideas… and I kept bugging Tweet for advice on how to get this stuff in print. To shut me up, he sent me to Blackburn and Nephew and eventually Tynes, and the rest is history.

Here’s an anecdote. One time I mentioned to Tweet that I sometimes felt like a fraud, since I’d exploited my friendship with him to open doors and get work in print. In other words, I felt like I hadn’t fully earned my success. His reply was, “Greg, of all the hundreds of people I’ve met through gaming, you’re the only one who’s successfully used me as a career-builder, even though I didn’t do anything for you I wouldn’t have done for anyone else. Maybe meeting me was a lucky break, but you’ve worked very hard at exploiting it.”

Over the Edge has left some obvious imprints on my own designs, ranging form the do-it-yourself skills in Unknown Armies to the conspiracy themes that show up just about everywhere. (Hey, they work.) It also introduced me to people who would be critical in my future career — notably Robin Laws and John Tynes.

Over The Edge Supplements 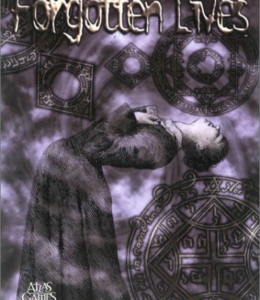 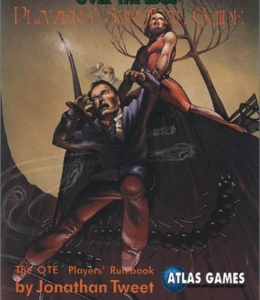 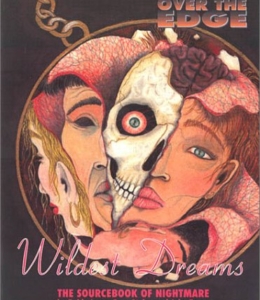 The Myth of Self